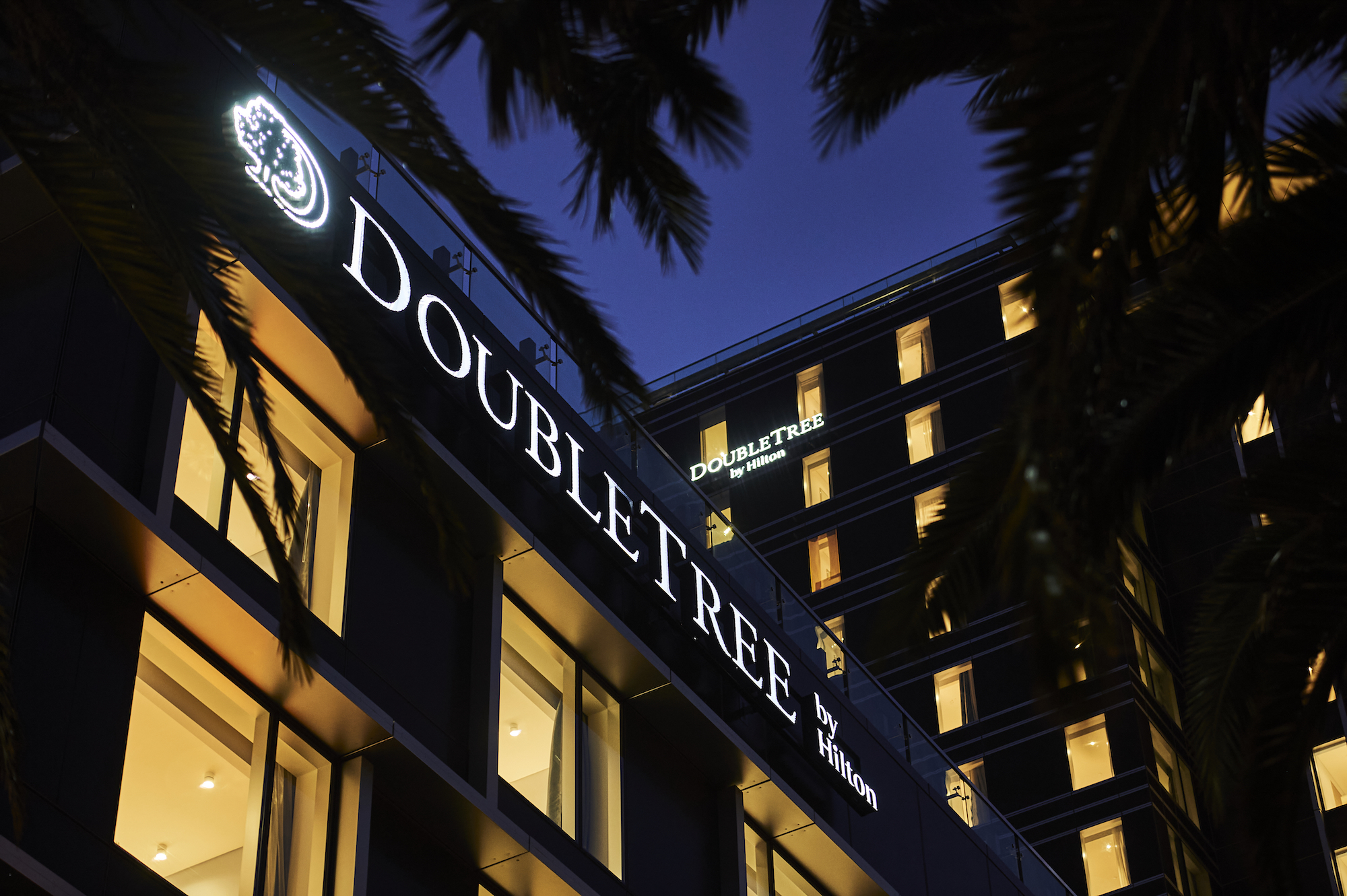 Sign Here Signs was engaged to manufacture and install aluminium fabricated letters at the DoubleTree by Hilton. The hotel signage work was commissioned by Western Australian builder and property developer, SKS Group.

Our specialist team spent approximately two months fabricating signage to spec for the DoubleTree by Hilton. Installation took around two weeks, which meant works were completed on time, and ready for the grand opening.

The hotel signage itself was manufactured using aluminium, with LED lighting to illuminate the signs at night. There were a few challenges to overcome in order to complete this project, however we found smart solutions that met the client’s brief.

DoubleTree by Hilton required exterior signage, which looked blue during the day and illuminated white at night.

Our sign makers achieved this using perforated aluminium faces, which were painted blue. For the night-time effect, we installed white LEDs behind the letters. When illuminated, the LEDs shone through the holes and made the letters appear white.

Letters around the entrance door of the hotel were very small, so we manufactured them using stainless steel on a letter bender. We also used rope LED to halo illuminate the smaller letters.

Each letter was mounted on a curve of stainless steel. This meant manually adjusting the letters so they stood off the backing panel in a way that did not show the LEDs in the reflection. Placement also considered how the light fell across the curve.

The façade of the DoubleTree by Hilton is glass, so we needed to manufacture special cleats to affix the hotel signage to. Cleats were welded to the hotel’s structural supports and glass was then cut around the cleats.

After the cleats were installed, we took a tower crane 17 levels up to remeasure the gaps and ensure frame measurements were perfect. We then installed the signage to the frames and mounted the frame to special fixings, which attached to the cleats.

All of this meticulous measuring paid off, and resulted in the finished signage fitting impeccably, while also looking incredible. 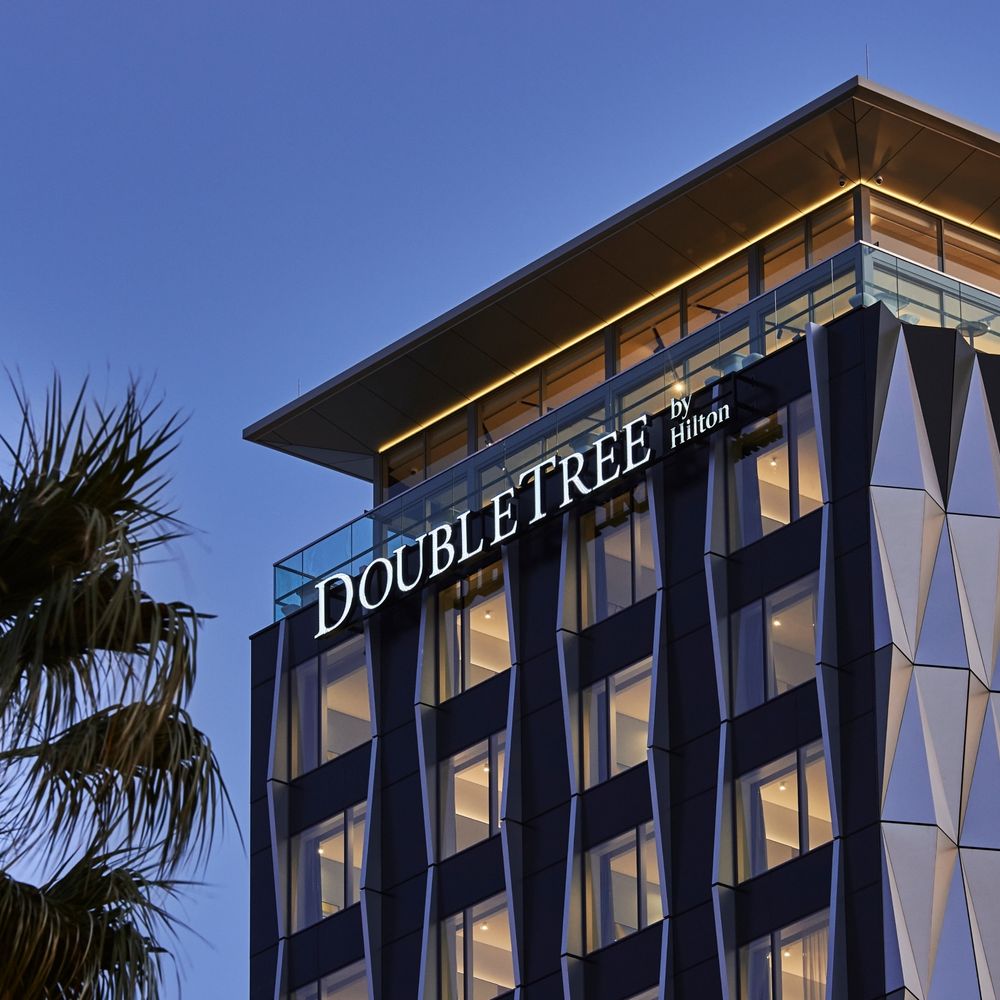 To complete this project, our talented crew of in-house signage professionals included a painter, rope access team and two fabricators. We also used the skills of our electrician and six assembly crew to get the job done right.

Major changes to the Building Code of Australia came into effect in March 2018. These changes banned the use of aluminium composite panels and acrylic signage on external walls (read more about this here).

Traditionally, acrylic signage would have been the material of choice for a signage project such as this. Instead, we pivoted to aluminium, which allowed us to achieve a striking effect.

Swapping materials did come with a challenge, as we needed to edit the Hilton’s building spec to comply with changes to the Building Code of Australia. To edit the building spec, we needed approval from Hilton’s Head of Brand in Singapore.

The changes we requested were approved, which meant our team rewrote Hilton’s brand spec for the whole of Australia. 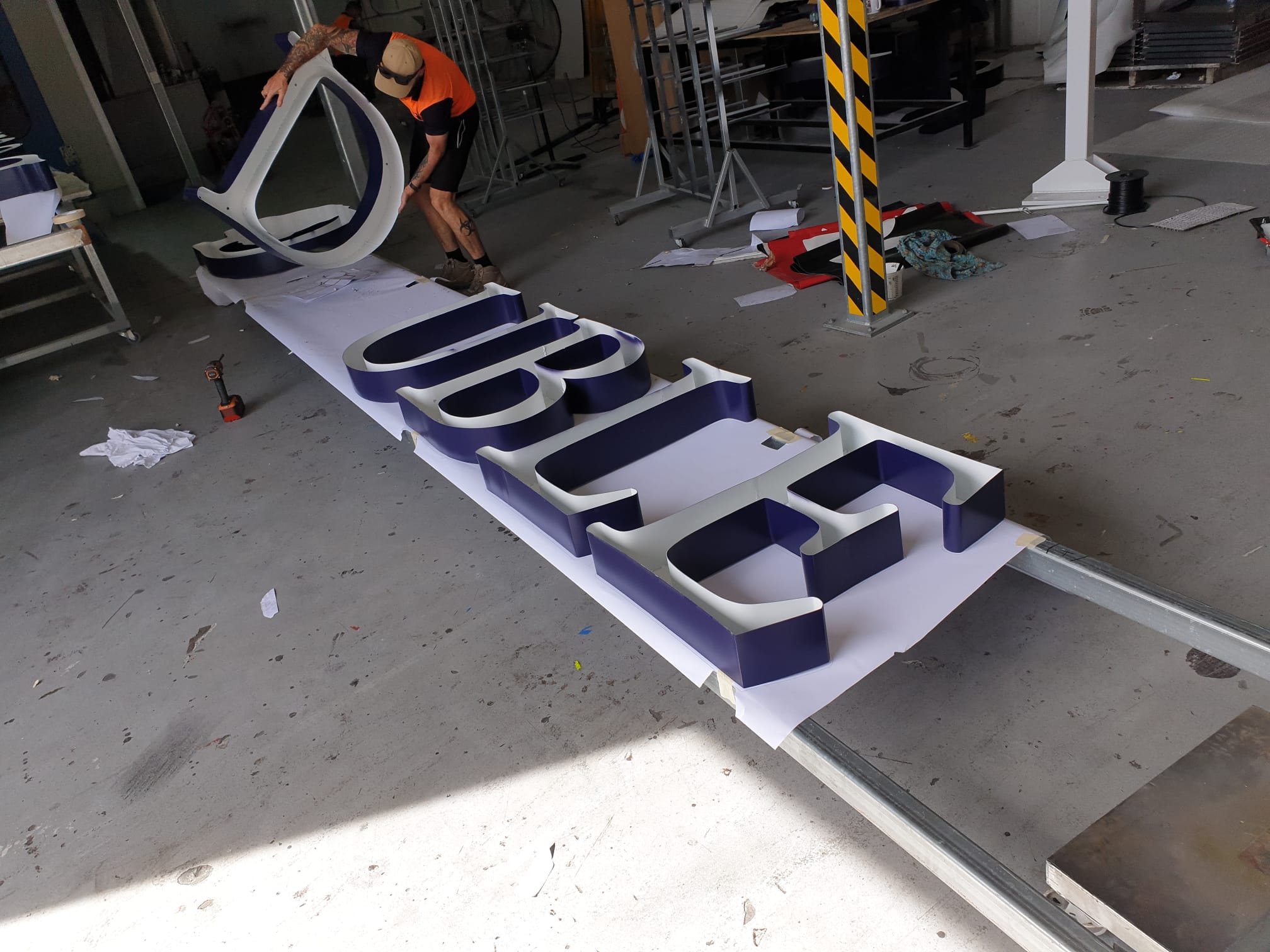 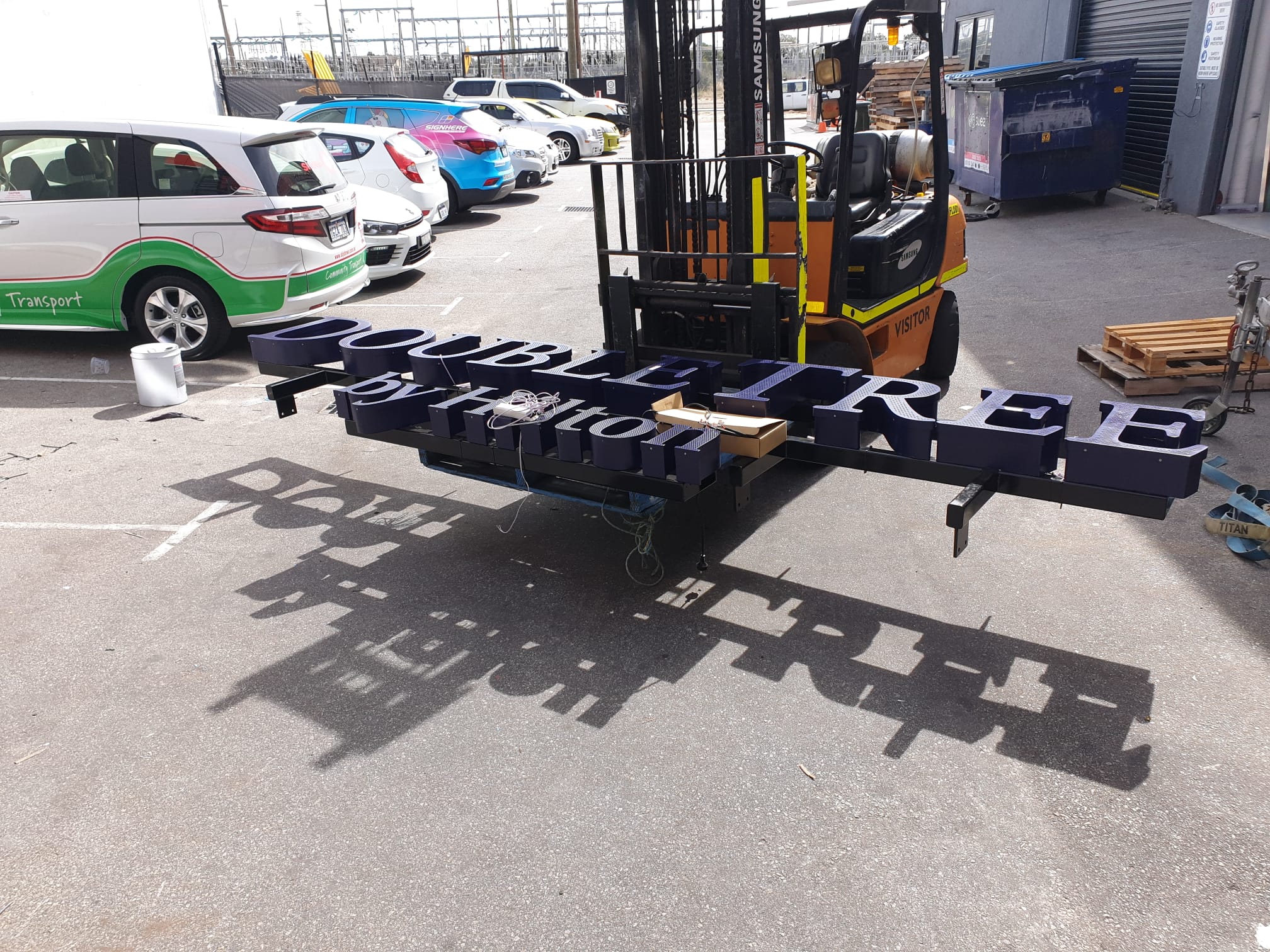 Working on hotel signage for clients around Western Australia is a speciality of ours, and we enjoy coming up with cost effective solutions that are eye catching and meet the specifications of our client.

If you’d like more information on how we can assist with your hotel signage, please get in touch.