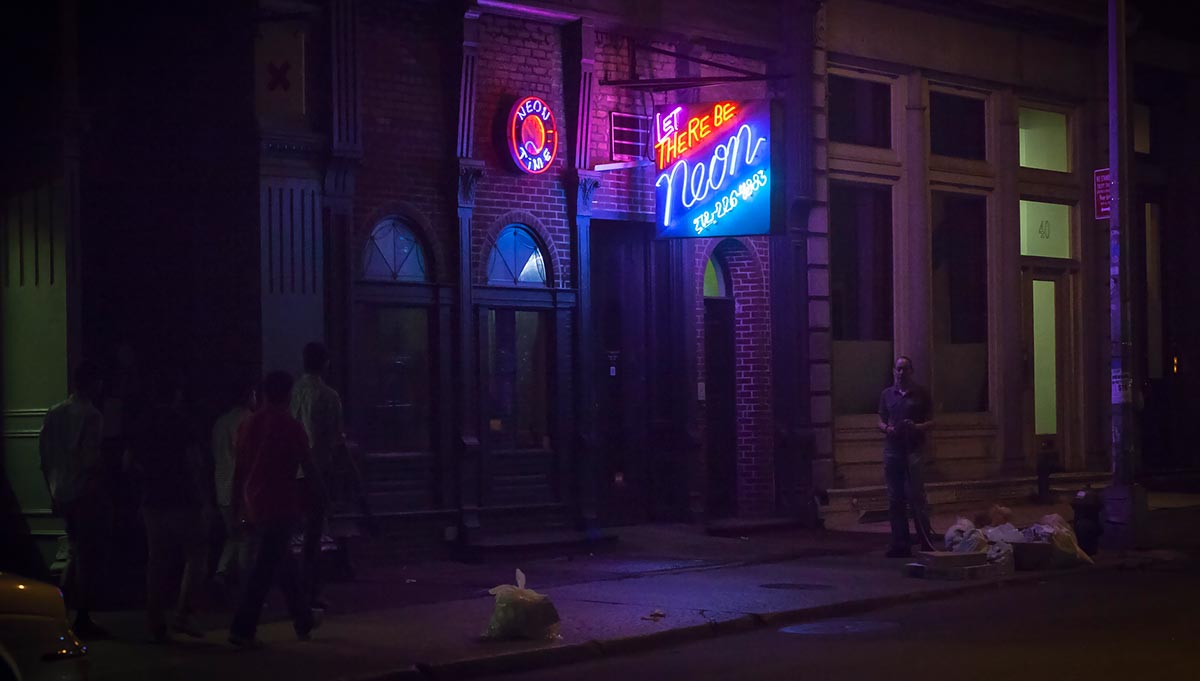 The Exciting Resurgence of Neon Signage

Neon signage, once ubiquitous has slowly drifted into the realm of retro-novelty over the years. But in recent times a general renewed appreciation of all things handcrafted and analogue technologies has seen businesses once again seeking out neon as a cool alternative.

Check out this story from New York about a traditional neon sign maker who is getting a lot of recognition as he helps to reinvigorate this fantastic art form.

Of course, if you would like to enhance your business with neon signage, we can help. Contact us to find out more about the neon sign options we have available. Our technicians can custom make neon signs to suit your needs.

Image above by Billie Grace Ward

Glowing reviews: Inside the revival of neon signage

NEW YORK — They say “everything old is new again,” and nothing may encompass that better than neon. Once a ­­sign of a retro era, neon installations appear to be popping up everywhere.

“There was a period of time where what we were doing wasn’t as appreciated as it is now, and it’s absolutely appreciated now,” said Jeff Freidman, owner of Let There Be Neon in Tribeca.

Friedman has been working with neon since the 1970s. His work has lit up the screen in movies and televisions shows like “The Sopranos,” “Entourage” and “Girls,” and in clubs including Studio 54.

“I always get a kick out of driving around New York and seeing a piece that my hands touched up on a building or inside a place,” said Freidman.

Let There Be Neon outshines other shops because they don’t just restore old signs. They create brand new ones for clients all over the world, including WeWork.

“We thought it be a good way to kind of bring [neon] into our spaces, give some new perspective to it and kind of play off that nostalgia while giving it a new fresh feel,” said Joe Geis, WeWork’s Global Head of Art and Graphics.

Let There Be Neon has created hundreds of signs for the co-working company all over the globe. Most of the artwork pays tribute to the city it’s in, from Boston to Bogotá. 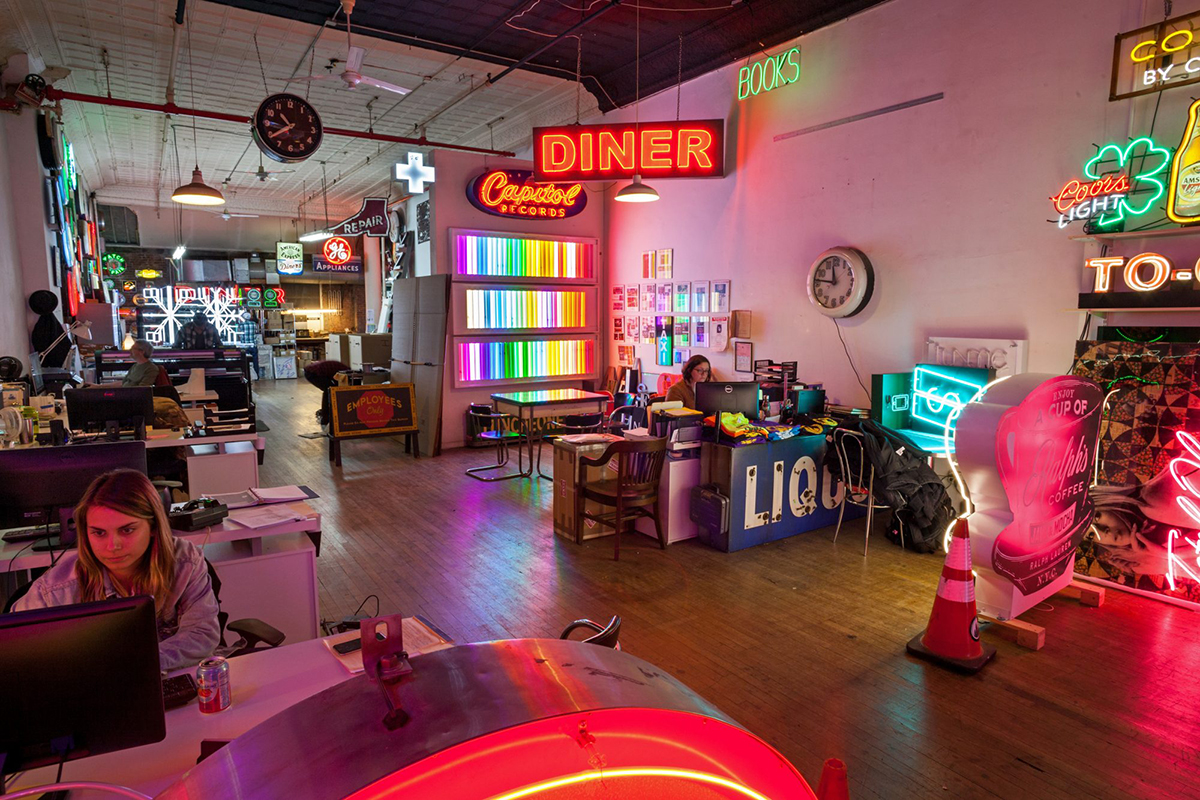 “We do a lot of research prior to designing,” said Geis. “A lot of that research is based on the local neighborhoods, the building [and] what it was used for prior to us moving in.”

Both men say that while neon has always been around, its presence on social media has led to a resurgence in its popularity.

“Traditionally neon is kind of used more in settings like bodegas and bars and laundromats, and recently more industries like hospitality and retail and stuff have been using this as a medium to convey their message,” said Geis.

And as more businesses continue to use neon in their branding, Friedman believes the possibilities of designs and expressions are endless.

“Neon is like drawing with light,” describes Freidman. “If you think of that concept, you have no boundaries.”

Originally posted by Pix11 News on the 21st June 2019. Click here to view the original article.